It has been painful to witness the rapid and gradual commercialization of Christianity within the African continent. While this is a world-wide trend, and indeed concerning, it is becoming increasingly painful to observe these developments as they unfold within the African context. With Africa’s long history of exploitation and oppression, the last thing we need is this potentially potent tool for liberation being turned into a pyramid scheme that exploits the poor and preys on the vulnerable. 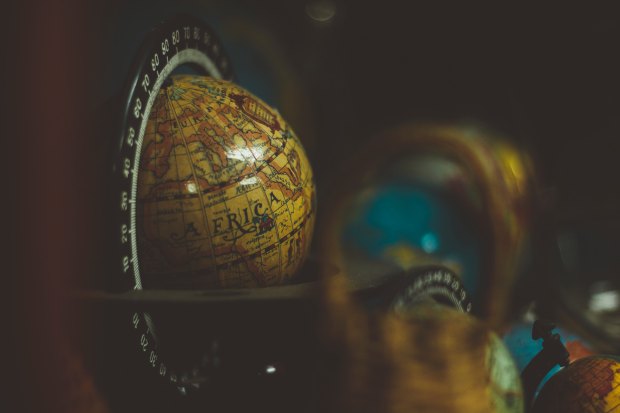 With the commercialization of Christianity, we have seen the sale of spiritual benefits that were freely available. These include, but are not limited to; prayer, miracles and worship. While we have been tasked with sacred responsibility to pray for one another, we have seen self-appointed miracle workers sell intercessory prayers for monetary gain and accumulation of power. Worship has been gradually become watered down into praise services wherein people are worked into a frenzy and then commanded to do the bidding of a mere mortal, with devastating consequences. At times, it would appear that those who are meant to lead us to a faithful worship of God, have enthroned themselves as recipients of this worship. People have become slaves to personalities with cultic devotion to individuals.

This raises a few questions about the idea of worship. Is worship meant for the recipient of devotion? If so, does this mean that God is a self-centered being who exists solely to take from devotees? What is devotion meant to effect in the worshipper? If God created humans for worship purposes, does this then mean that the all-sufficient God NEEDS human worship? If it is so, how really powerful is a God who needs anything outside of himself? Does God really reward worship with blessings? If so, does this not make God subject to manipulation and corruption? Is the amount of worship offered in direct proportion to the blessings received? And perhaps more importantly; is worship a tribute humans give to God or, is it a gift from God? Answering these urgent questions is critical as it not only informs our attitude when we worship but also prevents disappointments, which can easily lead to disillusionment with the Christian religion in its entirety. 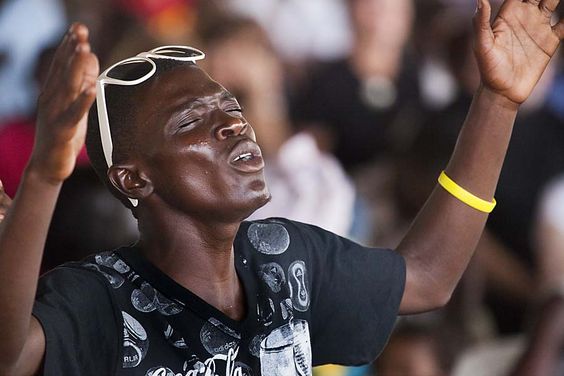 In a vision that John has, while exiled on the island of Patmos, the author of the book of Revelation finds himself in a room resembling the Old Testament temple of Israel. John first hears “a loud voice like a trumpet”. When he turns in the direction of the voice he sees not a trumpet, but instead he is confronted by a dazzling, divine figure “walking among the seven golden lampstands”. John identifies this figure as Jesus Christ. He then falls at Jesus’ feet “like a dead man”.

The book of Revelation has running through its 22 chapters a rich theme of worship. The book presents itself and reveals the figure of Jesus Christ, a polarizing figure in 2nd century.  This was a time fraught with constant conflict between the Jewish nation and their Roman rulers. Christianity at this age was a new religion still gaining widespread popularity within the Roman Empire. The converts to this new religion would often face persecution because of who they worship.

From the very onset, John’s introductory vision is littered with worship symbolism. That the author finds himself (in a vision) in a temple, on what he calls “The Lord’s day”, is no mere coincidence, for it is intended to introduce both the subject (Jesus Christ) and the main theme (worship) of the book. 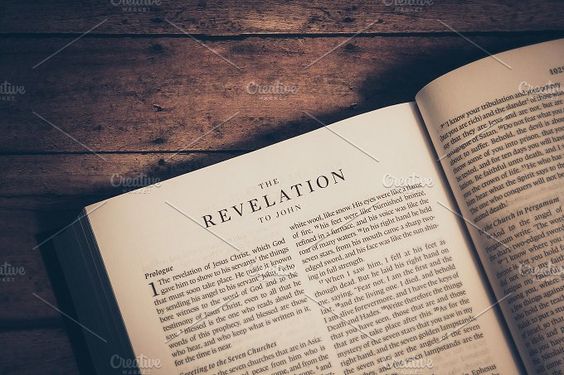 Looking back at the synoptic gospels, it becomes clear that there was an intimate relationship between Jesus and his disciples. But there was a rather special bond, between the Messiah and the young disciple John. The gospels make reference to this special relationship, often talking of John as “the disciple whom Jesus loved” and John is often depicted as sitting very close to Jesus whenever the disciples were gathered. There was clearly a comfortable and intimate familiarity between the master and disciple. However, when John meets Christ in the temple, 60 years after his ascension, he is overcome with shock and falls flat at his feet. This is not some excited reaction of a friend seeing a long-lost friend, this is a creature who is overawed by the magnificence and majesty of the glory of a divine being before him.

And herein lies the purpose of worship: It is a relationship in which we are increasingly made aware of newer and grander aspects of who God is. Whereas we start off by meeting God as a meek and mild, Jewish carpenter who is helpless against the violence of the cross, the ultimate goal is to behold Him in his original glorious and divine state. Worship ensures that we meet Jesus as savior, before we meet him as king. While John knew Jesus personally, the splendor of his glorious appearance was yet overwhelming to him. This is not an indication that there has been a lack of spiritual growth on John’s part, but rather evidence of God’s transcendent and incomprehensible splendor. The more one worships God, the fuller one is made aware of God in contrast to one’s own fallibility. The glory of a present God does not cause us to run and hide out of fear and terror but rather draws us ever nearer to his feet. Transformative worship should lead to neither a state of self-sufficiency nor entitlement but should instead highlight how much we are in need of God. 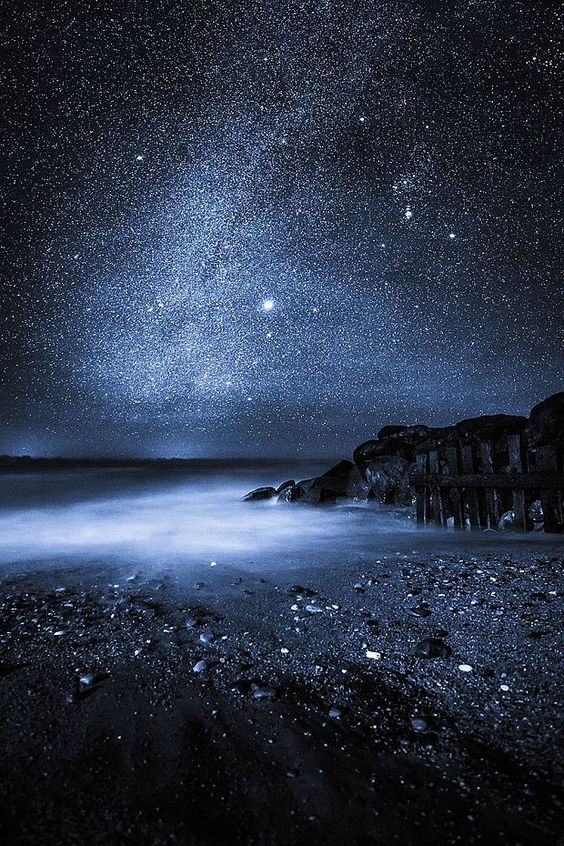 In Revelation Chapter 5, we are shown another vision of celestial creatures that “worship God day and night”. Each time they look at the One seated on the throne, they bow their heads and simply sing “Holy, Holy, Holy…” According to this text, they have been doing this since time immemorial and it is something that they will be continue to do throughout eternity. These creatures have been so engrossed and totally captivated by their worship experience that they have held the same position for as long as time itself. It is therefore made clear here that worship is not something we give to God nor does our worship make God any more divine than He already is. Instead, our worship gives us a glimpse of God. We encounter God when we worship.

I suppose it is with good reason that we come to the knowledge of God incrementally. Worship, and indeed true worship, works within us a spirit of humility. What we discover about God does not and should not leave us with a sense of superiority but rather with a contrition, a sense of unworthiness that can only be remedied by God. That our knowledge of God is ever evolving also ensures that we do not settle on some caricature of God that is inherited from self-proclaimed religious leaders or even our parents. Worship ensures that we are not left worshipping a God, who has been created in man’s image. 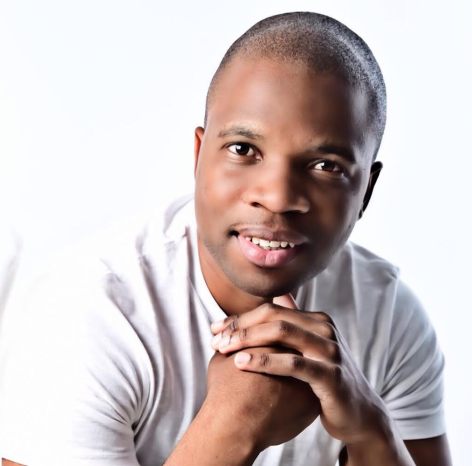 Pastor Sduduzo Blose is a Pastor of the Seventh-Day Adventist Church, serving at the Kwa-Zulu Natal – Free State Conference. He is currently pursuing a PhD in Biblical Hermeneutics. Above all, he is a husband and a father and an avid cyclist with a running problem.

“And herein lies the purpose of worship: It is a relationship in which we are increasingly made aware of newer and grander aspects of who God is.” – S. Blose

Indeed any kind of worship that fails to evoke in the heart of  a worshipper a sense of appreciation of God and His marvelous love for His creatures is nothing but self agrindisment. We want to thank Pastor Blose for this riveting piece on Worship. May God continue blessing him with wisdom and a deeper understanding of His word and passion for His work.

Pastor Khanyiso Mente holds a Bachelor of Theology Degree from Helderberg College. His personal philosophy and driving passion is representing God and His social activism for the marginalized in society. Above all, Pastor Mente is a social activist, a father and an author in waiting. View all posts by PastorMente

This site uses Akismet to reduce spam. Learn how your comment data is processed.

VERSE OF THE DAY

“And we know that all things work together for good to those who love God, to those who are the called according to His purpose.” – Romans 8:28